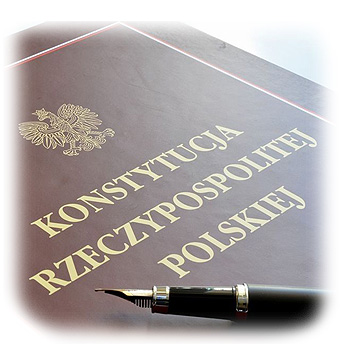 The Constitution is regarded as a basic law in view of its particular contents, form and legal force. It governs Poland’s political, social and economic system and lays down the fundamental rights and freedoms of Polish citizens. The Constitution occupies the highest position in the hierarchy of sources of law in Poland. It indicates the other sources of law, their scope and their autonomous or executive nature. All other normative acts must be compatible with the Constitution.

After a ratified international agreement has been published in the Journal of Laws, it becomes part of the national body of law and is directly applicable, except where application requires the promulgation of an Act. In addition, an international agreement ratified with prior consent enshrined in an Act takes precedence over an Act if it is incompatible with the agreement.

Acts are subordinate to the Constitution and to international agreements ratified with prior consent enshrined in an Act but rank higher than regulations. An Act may be passed on any subject, but the most important issues can only be regulated by an Act (e.g. the Budget Act, legislation defining the legal status of citizens, the rules governing local government systems and their mandate). Normative acts passed by government bodies can be issued only by virtue of an authorisation enshrined in an Act with a view to its implementation. The Constitution sometimes requires the adoption of the corresponding Act, outlining the solutions it provides for.